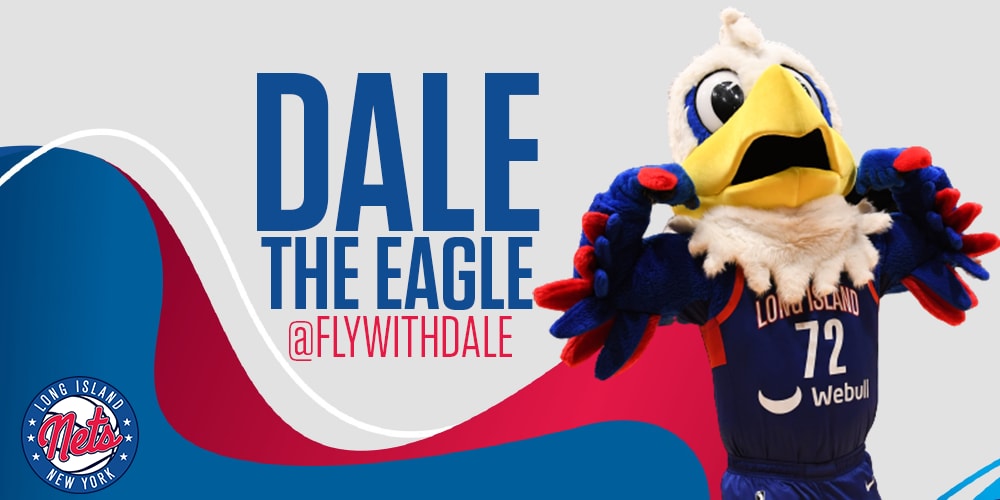 The Tale Behind Dale

Dale, whose name is derived from Uniondale, the hamlet where the Long Island Nets play, has built his nest at Nassau Coliseum, where he will appear at Long Island Nets home games and community events. The fearless high-flyer sports the colors of the Long Island Nets – red, white, and blue – which is also a tribute to the brave military veterans of Long Island.  Dale wears number 72 to pay homage to the year the Nassau Veterans Memorial Coliseum opened.

With a tenacious will to win, Dale never misses an opening to strike, and is known to have a particularly lethal 3-point shot. Fans will see him this season soaring above the crowd with the grace of America’s mightiest bird, keeping a watchful eye and protecting his team.